If some frail tubercular lady circus rider were to be driven in circles around and around the arena for months and months without interruption in front of a tireless public on a swaying horse by a merciless whip-wielding master of ceremonies, spinning on the horse, throwing kisses and swaying at the waist, and if this performance, amid the incessant roar of the orchestra and the ventilators, were to continue into the ever-expanding, gray future, accompanied by applause, which died down and then swelled up again, from hands which were really steam hammers, perhaps then a young visitor to the gallery might rush down the long stair case through all the levels, burst into the ring, and cry “Stop!” through the fanfares of the constantly adjusting orchestra. 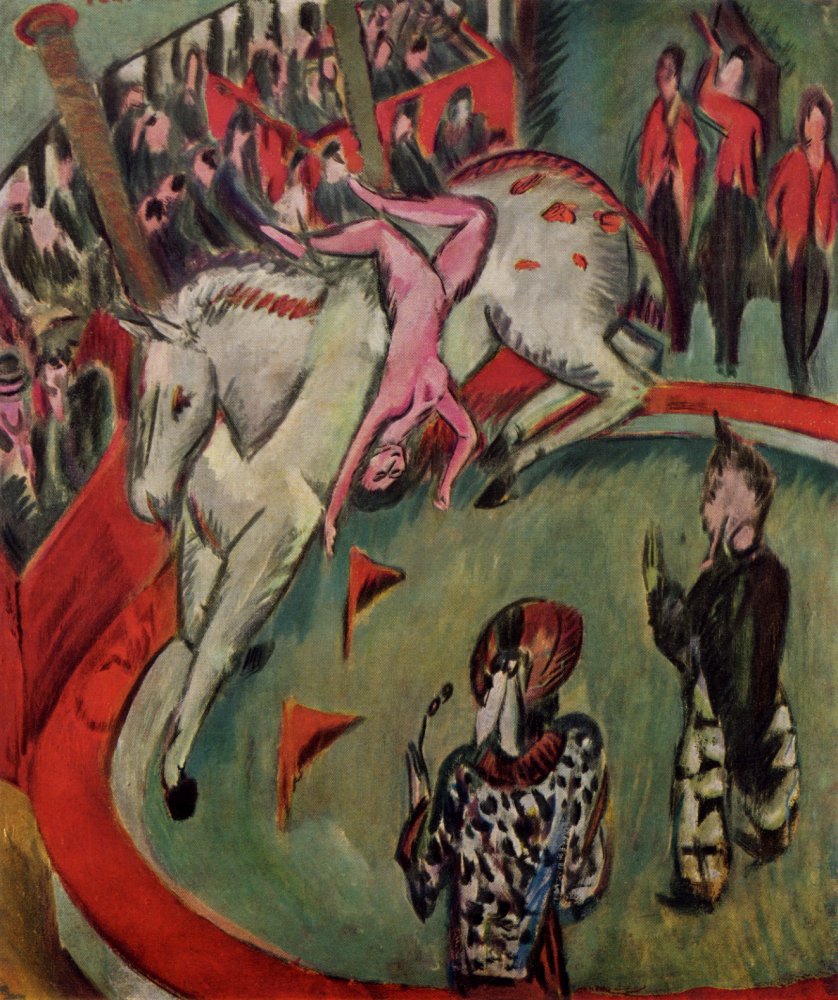 But since things are not like that—since a beautiful woman, in white and red, flies in through curtains which proud men in livery open in front of her, since the director, devotedly seeking her eyes, breathes in her direction, behaving like an animal, and, as a precaution, lifts her up on the dapple-gray horse, as if she were his grand daughter, the one he loved more than anything else, as she starts a dangerous journey, but he cannot decide to give the signal with his whip and finally, controlling himself, gives it a crack, runs right beside the horse with his mouth open, follows the rider’s leaps with a sharp gaze, hardly capable of comprehending her skill, tries to warn her by calling out in English, furiously castigating the grooms holding hoops, telling them to pay the most scrupulous attention, and begs the orchestra, with upraised arms, to be quiet before the great jump, finally lifts the small woman down from the trembling horse, kisses her on both cheeks, considers no public tribute adequate, while she herself, leaning on him, high on the tips of her toes, with dust swirling around her, arms outstretched and head thrown back, wants to share her luck with the entire circus—since this is how things are, the visitor to the gallery puts his face on the railing and, sinking into the final march as if into a difficult dream, weeps, without realizing it.